•°Mr. H°• a player from S12 who will share his story of how he began playing and continues to play despite the difficulties on his server. For him, whether you are a pay-to-win or free-to-play player, a game will still be a game. It should not be taken seriously, but rather, look on its brighter side. Money could never match the friendships formed by players from around the world. 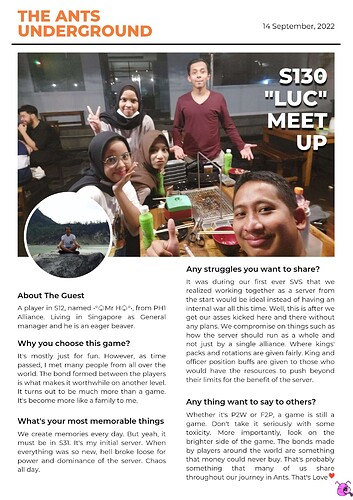 Want to know more about his story? Check the newsletter now. If you want to have your story to be known by others, never hesitate to send an application(→https://forms.gle/G3DhoNHCJBbKPHwy9). Rare Item and Frame are waiting for you!!!